Product placement in a movie where the product is a place

Feature
Posted by Uong Jowo Saturday, February 01, 2014
0
Product placement is nothing new in movies or TV. Insert a fast-food logo or a certain car in a scene and you've made a subtle (or maybe not-so-subtle) pitch for the brand.

Now a group in South Florida is using the concept of product placement to market Miami. In this case, the product is the city itself. 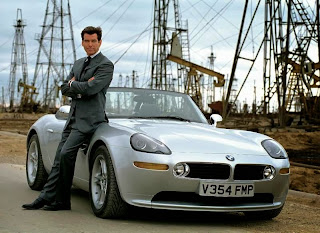 And the placement is in a series of short fictional films, with various neighbourhoods serving as the backdrop for stories about out-of-towners discovering the destination.

The films, collectively called the Reel Miami Project, will be marketed online and through social media with the goal of promoting tourism.

Films for Miami Beach and Wynwood were released this week, with films featuring South Beach, Downtown Miami, Coral Gables and the Everglades set to follow.

Bacardi, the liquor company whose U.S. headquarters is located in Miami, is providing some of the financial backing. Each film will feature the company's signature rum, along with local business partners like hotels, restaurants and bars.

But because the movies tell a story and attempt to engage viewers the way a narrative film might, without a straightforward "buy this" or "visit us" message, creator and producer Frank Kelly says the project is more movie than ad. The focus is on storytelling, not story-selling. The brands, he says, are shown in a way that seems natural.