Football
Posted by Uong Jowo Thursday, January 30, 2014
1
Like when Sepp Blatter and his cronies re-imagined women's soccer as a sport where tighter shorts and low cut shirts could help sell the game.

But old world elitism isn't just the domain of the board rooms.

It's not like it's a small sample size either. FIFA has more recognized entities than the United Nations, with tiny Gibraltar being the latest to join the ranks of 209 national football associations. 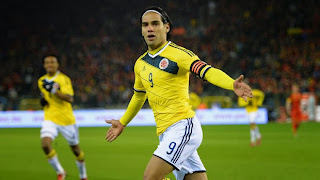 Still, if you happen to live in a country outside of Europe or South America, you've never seen your country host the Jules Rimet Trophy or its successor.

Maybe some of you are saying that's a good thing. It's the ugliest trophy in global sport anyway.

But I'm assuming you stay up some nights like I do, longingly knowing your country will not hoist that golden ugliness in your lifetime, for all the planet to see.

For those who don't live in Canada (currently ranked 114th by FIFA) you may still dare to dream, and after Friday's World Cup draw, your dream has taken on a clearer path... even if that path is likely short and headed over a cliff.


Here are my top three best bets to become the ninth member of the World Cup winners club.. more news