Ex-Formula One driver Alex Zanardi is set to make a return to motor racing by taking part in the Blancpain GT Sprint Series behind the wheel of a BMW Z4 GT3 this year. 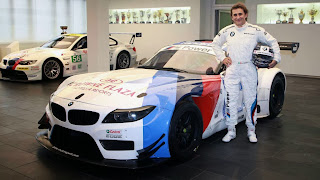 He stopped racing cars in 2009 but went on to win two gold medals in handbike racing at the 2012 Paralympics. However, his desire to return to motorsport never faded and it was reinvigorated while testing a BMW DTM car in 2012.

"Even after leaving the sport in 2009, I was still a racing driver at heart," he said. "When I took to the track in the BMW M3 DTM at the end of 2012, I immediately got itchy fingers again. Ever since that moment I have been toying with the idea of returning to motor racing.

"Together with BMW we have looked at various options. I am even more pleased that it has worked out with my old friends at ROAL Motorsport. I would like to say a big thank you to BMW for this unique opportunity."